BAISAKHI: THE FESTIVAL OF DAZZLING AND HAPPINESS 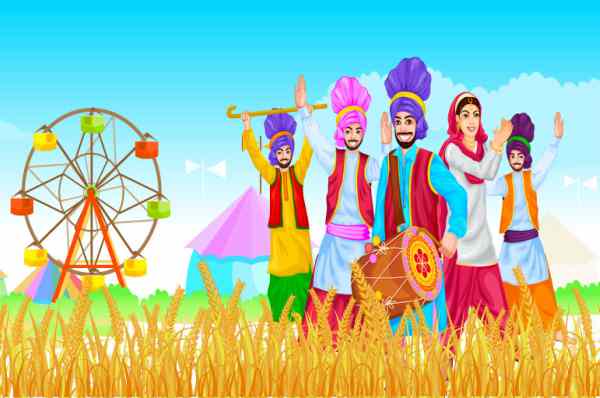 13th or 14th April Celebrated as Baisakhi or Vaisakhi in all over India. Baisakhi is a religious and historical festival in Sikkhism in India. It is a new year for Sikhism and major spring harvest festival. For many Hindus, the festival is their traditional new year and begins in the month of Vaisakha. It is a harvest festival and many people on this occasion bath in sacred rivers such as Ganga, Jhelum, and Kaveri. Visit a temple, meet friends and party over festive foods.

In the different states, it is known as different names such as in Rongali Bihu in Assam, Naba Barsha in West Bengal, Puthandu in Tamil Nadu, Pooram Vishu In Kerela and Vaishakha in Bihar. For the large farming community of Punjab and Haryana, Baisakhi marks new year’s time as it is time to harvest rabi crop. On this day farmers thank God for the bountiful crop and pray for a good time ahead.

To protect Sikhism and Hinduism rights from Muslim emperor Aurangzeb Guru Gobin Singh 10th guru of Sikhs demand heads from their fellowmen in publicly. From thousands of fellowmen five come forward. Guru Kill them one by one inside a tent and show bloody sword in public. At last, Guru presented all five men before the public. Everyone was surprised to see all five men alive and wearing turbans and saffron-colored Garments.

These five men called Panj Piara and administered Amrit to them and drunk by Guru from Panj Piara. Thus Guru Gobind Singh Ji established “Khalsa Panth.”Another significance in Hinduism on this day in 1875 Arya Samaj was founded by Swami Dayanand Saraswati. Whose aim was to reestablish the Vedas, the earliest Hindu scriptures as revealed truth.

Gurudwaras are decorated and organize meals and Kirtan in Gurudwara. People visit temples and gurudwaras and pray for their bright future ahead and sit together and relishes the meal called as Guru langar.

Gurudwaras organized Nagar Kirtan under the leadership of Panj Piara. The Band plays melodious tones and religious bhakti songs. Major celebrations of Baisakhi organized in Golden Temple in Amritsar. People cook special meals in their home such as Sarso Ka Saag, Makki Ki Roti. Mitthe Chawal and kheer are special food which is cooked almost in every Sikh home. Wearing yellow dresses are also a tradition on the day of Vaisakhi.

Kritarth Handicrafts wishes you and your family a very Happy Baisakhi!